The smallest stork has also left the nest 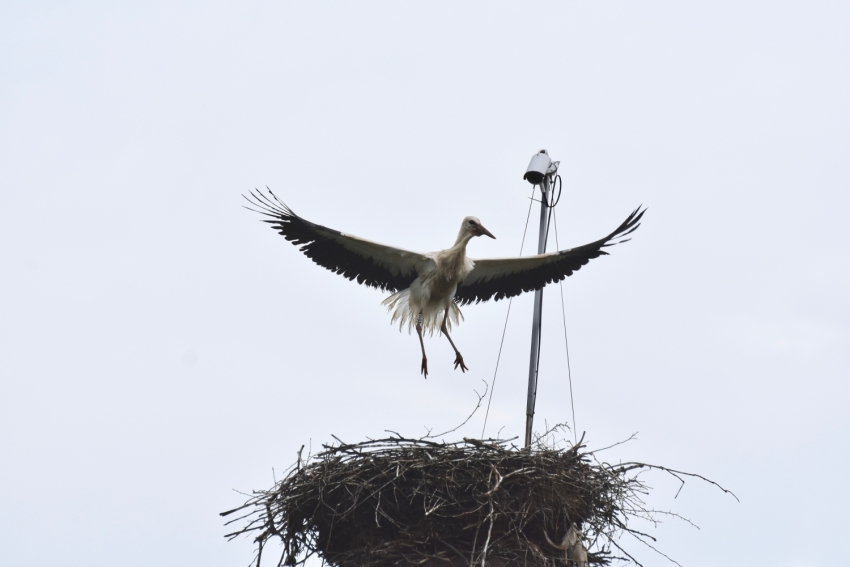 On Tuesday, on the 21st of July the nest has become completely empty, which means that also the smallest stork, the 8310 one flew also from the nest. One of the followers of our website announced us on Monday, that he has seen the nest empty for a second but this takeoff must have been so short that the time lapse of our website  - that connects pictures taken every two minutes – has not imortalized it. The takeoff from Tuesday lasted longer: the little storks have left the nest one by one which meant that between 14:14 and 14:38 the nest completely emptied. The little stork with number 8310 must have been hurt by the fact that his siblings leave her alone many times a day, for half a hour, so he diligently practiced in the nest. Lashing his wings he rose to meters high and came back afterwards. Leske and Miska have not yet ceased to feed the small ones. Although the 4 small storks are almost their parent’s size, they still feed them on a daily basis. Probably not for long though. The big storks seeing that they do not have enough room for six usually spend their nights on one of the nearby electricity pylons.