The stork chicks are breaking their wings 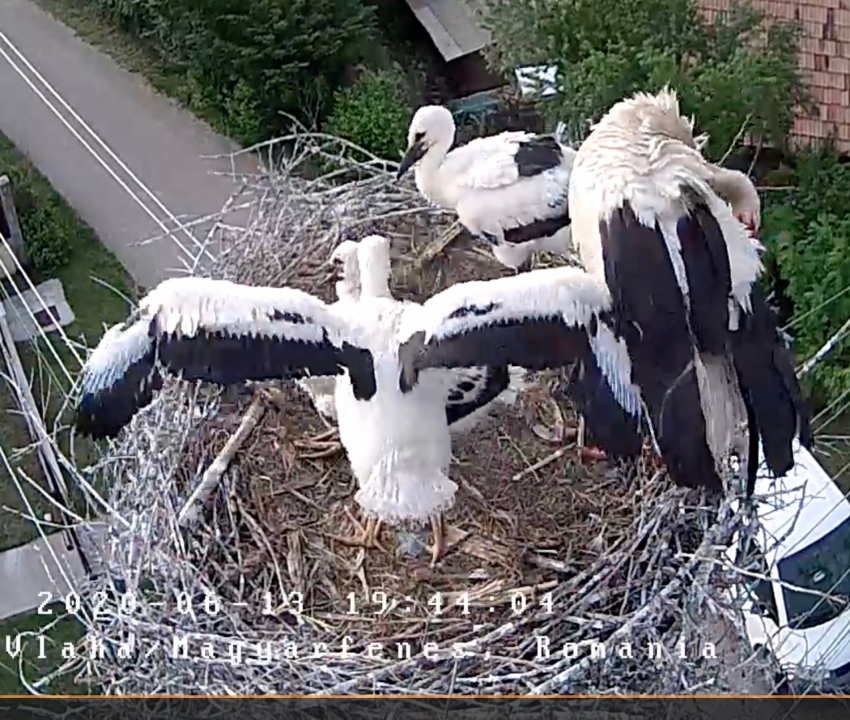 Not even a month has passed since the first stork chick hatched in the nest in Magyarfenes/Vlaha and the four little ones are already trying to break their wings. The rhythm of their development is  astonishing. They are almost half the size of the adult storks.
In the last months the little ones have learnt to stand on their feet but they spend most of their time in a lying or sitting position. The heads of the little storks standing on their feet or their knees are visible from below, from the street also. Before installing the camera this was the time, when we found out how many chicks are raised by the pair of storks.