A stork ringed in Vlaha was seen in Bistrița-Năsăud county 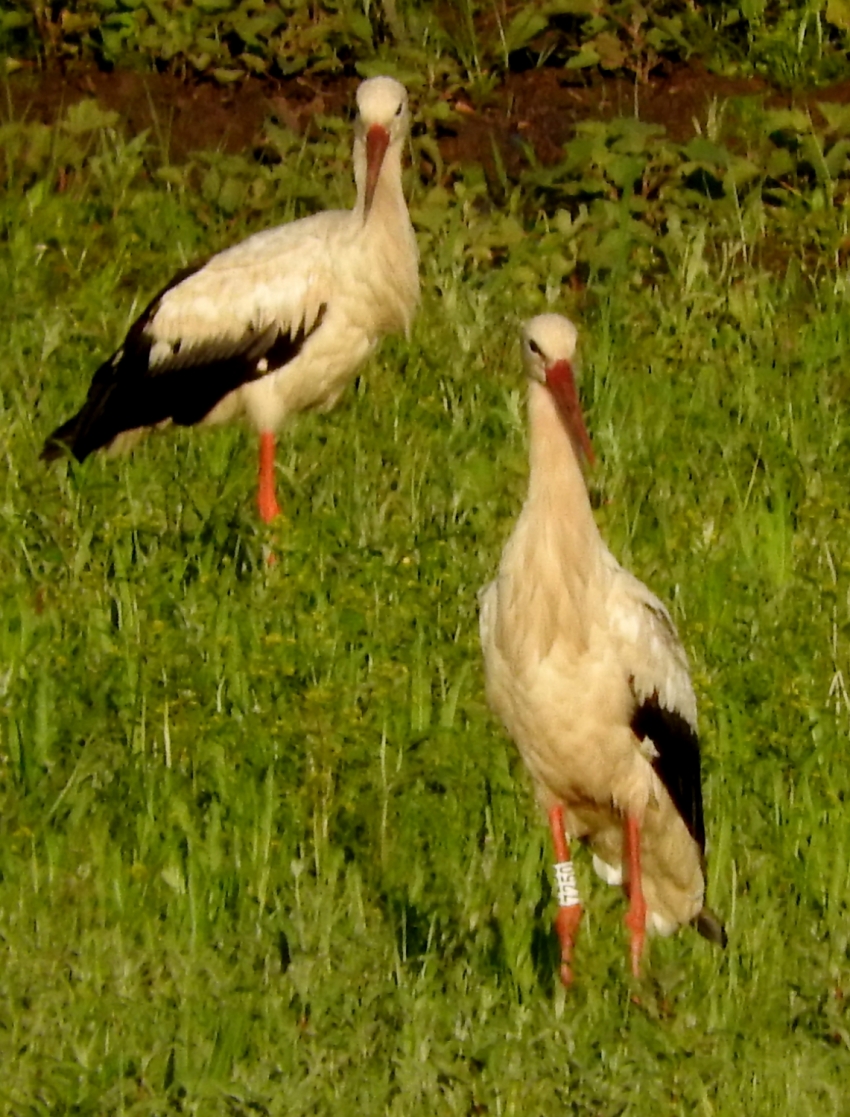 The staff of the Milvus Group – Bird and Nature Protection Association took a photo at the border of Beszterce-Naszód/Bistrița-Năsăud and Maros/Mureș counties, near the pond close to Budurló/Budurleni of a stork ringed in 2018, that grew up in the Magyarfenes/Vlaha nest. The stork wearing the ring number 7250, together with another 40 storks was looking for food on the meadow close to the lake. There were another two ringed storks in the group. Teh ring of one of them was not readable and the other one was ringed in Homoródszentpálon/Sânpaul also in 2018.
The stork with the number 7250 in that very bird, that was brought down from the nest during the 2018 ringing and was petted by the kids gathered for the event.
The young storks usually come back to the region, where they hatched only after three years, when they are fertile. So far we presumed that they stay in Africa, where they wander about gathered in flocks. In the past years though, due to the colored ringing we’ve learnt about stork-spottings, where two or even one year old storks occured in Romania.