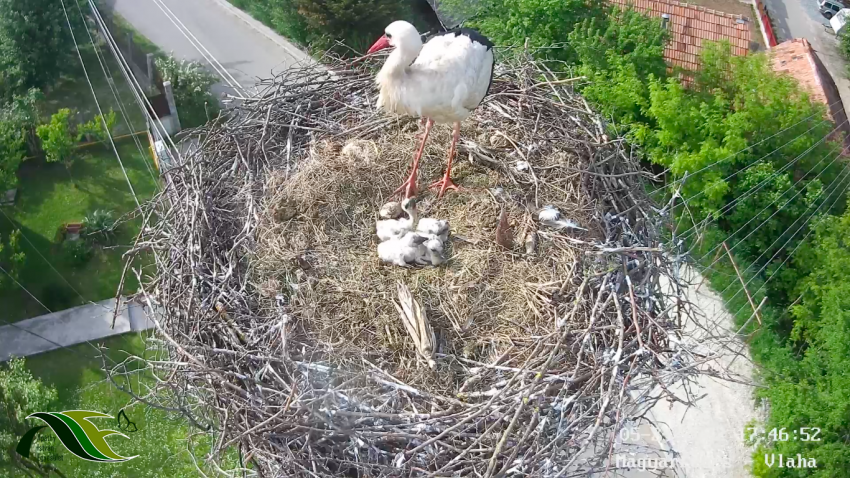 Just one week in after the baby storks hatched, we can almost be certain that the last egg was not viable. This means only 4 of the hatchlings will get a chance to develop in the Vlaha nest.
The number is considered average, the past few years there were also 4 young storks hatching in this nest, although only 2 times in the past 5 years the parents managed to raise all four of them.
Storks don't push the unviable eggs out of the nest, this is often removed the biologists who ring the younglings. It is often useful for the observers to keep the bad egg in the nest as it is a good scale for tracking the growth of the young storks.
We can observe that the smallest hatchling is already at least 3 times the size of the egg while it's bigger siblings grew 4 times in size during the last week. This is totally natural in the development of the new born, as while the parents take turns in providing food, the small ones just eat, sleep, grow and repeat.