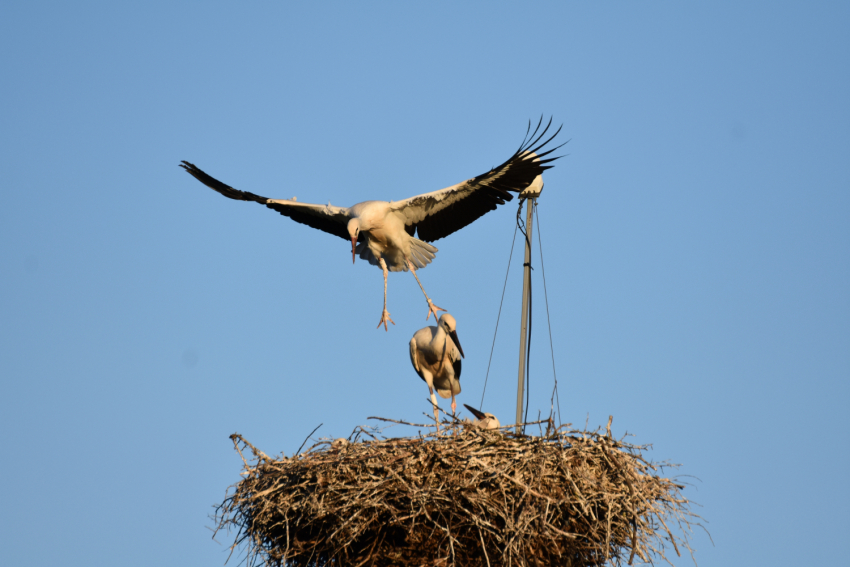 One of the young storks left the Vlaha nest for the first time on the morning of Sunday, July 17. As can be seen from the time lapse images, the bravest chick was only absent from the nest for two minutes at 6:13, then a longer absence followed from 8:01 to 8:50. The adventurous little one also missed the 8:06 feeding. However, he did not want to miss the 8:50 feeding. At that time, he arrived at the nest at the same time as the parent bringing the food. During his absence, he watched for a while from the roof of the neighboring house, wondering how he would be able to fly back. The little storks have been testing their wings for weeks now. Facing the wind, they rise a meter above the nest and then descend back. It is expected that the others will learn from his bravest example and leave the nest in the coming days. For a while, they return for feeding and for the nights, but then gradually separate from the nest. This year's first flight took place four days later than last year, but the delay is understandable, since the first egg was also placed in the nest four days later.